Madam Curie discovered the new element radium in 1898 (thinking the substance could be medicinal) | twenty years later it was widely known that the element is three million times as radioactive as uranium, and deadly to humans | scientists had started using protection from harmful rays for themselves through lead shielding, but hundreds of factory workers were exposed to life threatening doses of gamma rays with no protection, whilst being told the process was safe.

Women were asked to lick their Radium infused brushes in oder to get best results on the clock faces they were painting on. Many of the women died of radiation sickness. The case made legal history, and helped establish the modern movement towards protection from occupational health hazards.

The Radium Girls were female factory workers who contracted radiation poisoning from painting watch dials with glow-in-the-dark paint at the United States Radium factory in Orange, New Jersey, around 1917. The women, who had been told the paint was harmless, ingested deadly amounts of radium by licking their paintbrushes to give them a fine point; some also painted their fingernails and teeth with the glowing substance. Five of the women challenged their employer in a case that established the right of individual workers who contract occupational diseases to sue their employers. 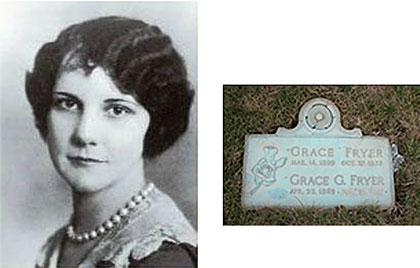 In 1922, a bank teller named Grace Fryer became concerned when her teeth began to loosen and fall out for no discernible reason.

Radium Girls: Lessons From The Past

During World War 1, young women workers were employed to paint luminous watch dials.   The watches were originally designed to be used by soldiers in the trenches, and later became a popular consumer item.   To get a sharper tip, the women were instructed to point up the brushes with their tongues.   Several years later, the women began to suffer from anemia, fractures and necrosis of the jaw.

Some of them, and their doctors and dentists, suggested there was a connection between their illnesses and the radium paint. It was the early days of radium.   The watch dial companies rejected the claims that radium had caused the illnesses.   Government regulators felt that existing evidence did not justify further investigation.
The Consumer's League of New Jersey took up the women's cause. They undertook an investigation, and successfully campaigned to have radium necrosis recognized by the State Workman's Compensation Board in 1926. However, it was too late to benefit the women poisoned by radium before the law was passed.
The case of the radium girls, as they were known, horrified many people. It led to passage of a bill in 1949 which made all industrial diseases compensable, and extended the time during which workers could discover illnesses and make a claim.

From 1917 to 1926, U.S. Radium Corporation, originally called the Radium Luminous Material Corporation, was engaged in the extraction and purification of radium from carnotite ore to produce luminous paints, which were marketed under the brand name 'Undark'. As a defense contractor, U.S. Radium was a major supplier of radioluminescent watches to the military. Their plant in Illinois employed more than a hundred workers, mainly women, to paint radium-lit watch faces and instruments, misleading them that it was safe.

The U.S. Radium Corporation hired some 70 women to perform various tasks including the handling of radium, while the owners and the scientists familiar with the effects of radium carefully avoided any exposure to it themselves; chemists at the plant used lead screens, masks and tongs. US Radium had even distributed literature to the medical community describing the injurious effects of radium.

An estimated 4,000 workers were hired by corporations in the U.S. and Canada to paint watch faces with radium. They mixed glue, water and radium powder, and then used camel hair brushes to apply the glowing paint onto dials. The then-current rate of pay, for painting 250 dials a day, was about a penny and a half per dial ($0.27 per dial in today's terms).

The brushes would lose shape after a few strokes, so the U.S. Radium supervisors encouraged their workers to point the brushes with their lips, or use their tongues to keep them sharp. For fun, the Radium Girls painted their nails, teeth and faces with the deadly paint produced at the factory. Many of the workers became sick. It is unknown how many died from exposure to radiation. 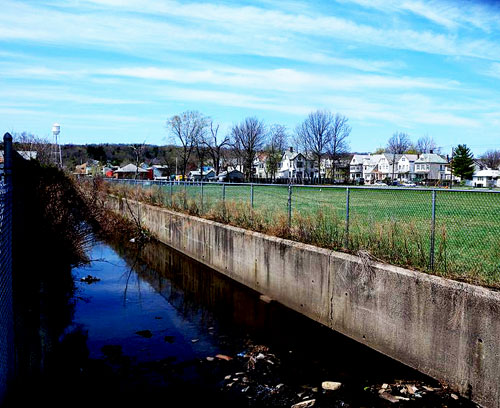 Many of the women later began to suffer from anemia, bone fractures and necrosis of the jaw, a condition now known as radium jaw. It is thought that the X-ray machines used by the medical investigators may have contributed to some of the sickened workers' ill-health by subjecting them to additional radiation.

It turned out at least one of the examinations was a ruse, part of a campaign of disinformation started by the defense contractor. U. S. Radium and other watch-dial companies rejected claims that the afflicted workers were suffering from exposure to radium. For some time, doctors, dentists, and researchers complied with requests from the companies not to release their data.

At the urging of the companies, worker deaths were attributed by medical professionals to other causes; syphilis, a notorious sexually transmitted disease at the time, was often cited in attempts to smear the reputations of the women. 'Undark' : click on image to view the full advertisement

The story of the abuse perpetrated against the workers is distinguished from most such cases by the fact that the ensuing litigation was covered widely by the media. Plant worker Grace Fryer decided to sue, but it took two years for her to find a lawyer willing to take on U.S. Radium. A total of five factory workers - Grace Fryer, Edna Hussman, Katherine Schaub, and sisters Quinta McDonald and Albina Larice - dubbed the Radium Girls, joined the suit. The litigation and media sensation surrounding the case established legal precedents and triggered the enactment of regulations governing labor safety standards, including a baseline of 'provable suffering'.

The Radium Girls saga holds an important place in the history of both the field of health physics and the labor rights movement. The right of individual workers to sue for damages from corporations due to labor abuse was established as a result of the Radium Girls case.

In the wake of the case, industrial safety standards were demonstrably enhanced for many decades. The case was settled in the autumn of 1928, before the trial was deliberated by the jury, and the settlement for each of the Radium Girls was $10,000 ($135,950 in today's terms) and a $600 per year annuity ($8,157 per year in today's terms) while they lived, and all medical and legal expenses incurred would also be paid by the company.

The lawsuit and resulting publicity was a factor in the establishment of occupational disease labor law. Radium dial painters were instructed in proper safety precautions and provided with protective gear; in particular, they no longer shaped paint brushes by lip, and avoided ingesting or breathing the paint. Radium paint was still used in dials as late as the 1960s.

Robley D. Evans made the first measurements of exhaled radon and radium excretion from a former dial painter in 1933.  At MIT he gathered dependable body content measurements from 27 dial painters. This information was used in 1941 by the National Bureau of Standards to establish the tolerance level for radium of 0.1 ìCi (3.7 kBq).

The Center for Human Radiobiology was established at Argonne National Laboratory in 1968. The primary purpose of the Center was providing medical examinations for living dial painters. The project also focused on collection of information, and, in some cases, tissue samples from the radium dial painters.

When the project ended in 1993, detailed information of 2,403 cases had been collected. No symptoms were observed in those dial painter cases with less than 1,000 times the natural 226Ra levels found in unexposed individuals, suggesting a threshold for radium-induced malignancies. Clark's account emphasizes the social and political factors that influenced the responses of the workers, managers, government officials, medical specialists, and legal authorities involved in the case. She enriches the story by exploring contemporary disputes over workplace control, government intervention, and industry-backed medical research. Finally, in appraising the dialpainters' campaign to secure compensation and prevention of further incidentsefforts launched with the help of the reform-minded, middle-class women of the Consumers' LeagueClark is able to evaluate the achievements and shortcomings of the industrial health movement as a whole.